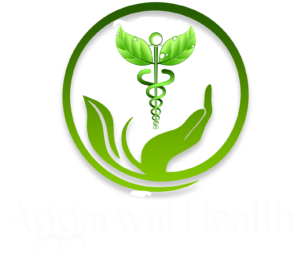 He has a Bachelor’s degree in Homeopathic Medicine and Surgery (B.H.M.S.) from Baba Farid University of Health Sciences, India. He started his clinical practise in 2011 in Surrey after moving over to Canada in 2009. 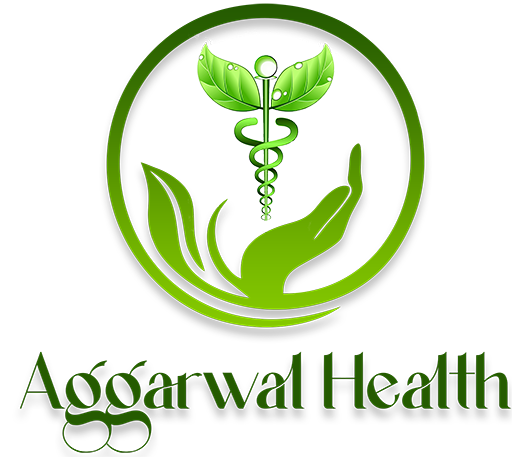 A strict bedtime is just as important as getting enough sleep 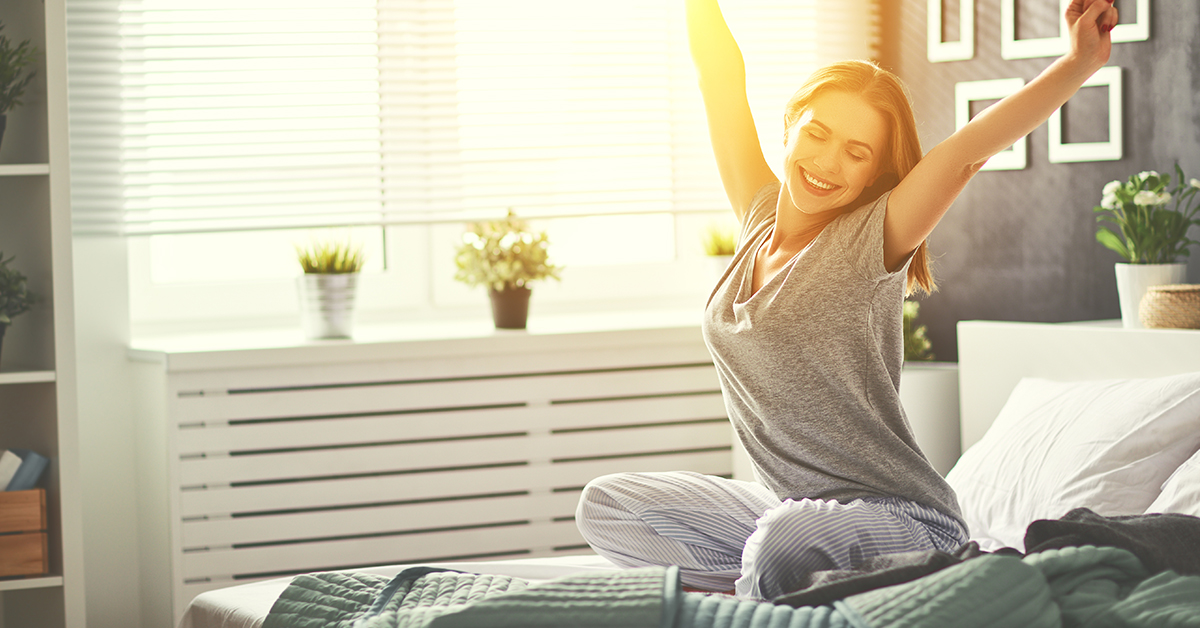 A strict bedtime is just as important as getting enough sleep, new study suggests — and naps don’t help either

Going to bed at the same time each night is just as important for academic and business success as getting a long night’s sleep, new research suggests.

Harvard University researchers found that the benefit of sleeping for seven to nine hours a night can be squandered by not going to sleep at a regular time. And the implication is that a shortage of sleep can be, in part, offset by having a reliable routine.

Erratic patterns, of the kind adopted by young students, knock the body’s circadian rhythm out of sync in a similar way to jet lag.

And, in an additional blow to the student lifestyle, the research suggests that napping to top up on sleep missed, while carousing or cramming for examinations, does not help.

Scientists at Brigham and Women’s Hospital in Harvard monitored 61 undergraduates for a month, measuring the quantity and timings of their sleep. They found those who kept regular patterns performed better academically.

The comparative benefit was similar to that observed between people who get the right amount of time in bed and those who are sleep deprived.

Prof. Charles Czeisler, a co-author of the research, said that for the students whose sleep times were inconsistent, classes and exams that were scheduled for 9 a.m. felt like they were at 6 a.m. according to their body clock — a time when performance is impaired. The circadian rhythm is a daily cycle of brain-wave activity, hormone production and cell regeneration that is broadly linked to sleep. It was measured in the Harvard students by monitoring their levels of the melatonin hormone, which induces sleep.

The cycle is heavily influenced by light, and the study authors believe irregular sleepers have a delayed circadian rhythm because they do not get enough natural light during the day and too much artificial light at night.

“Our results indicate that going to sleep and waking up at approximately the same time is as important as the number of hours one sleeps.”

It is known that short sleep duration is linked to cognitive impairment such as delayed reaction time, as well as early mortality prompted by increased chances of obesity, diabetes, cardiovascular and psychiatric diseases.

But the timing of sleep also matters, with those who work rotating night shifts shown to be at higher risk of heart disease and cancer.

A study in 2013, where participants were forced to camp outdoors for a week without artificial light, found their bodies began to prepare for sleep two hours earlier than usual.

Doctors also believe that the blue light emitted from smartphones, laptops and tablets is one of the leading causes of insomnia because of the role it plays in suppressing melatonin production.

I came to Aggarwal Health looking for a homepath for my hormonal and acne issues and I did some research and found this place. I am so glad I ended up coming to them my skin is so clear and my hormonal issues are way better!! Anurag is so helpful and very detailed as well in his initial assessment and I did not feel comfortable meeting In person due to Covaid so he arranged a what’s app video call so we can discuss my health. I have done one treatment and I’ve seen a significant change and now am starting my second treatment definitely recommend this place to anyone wanting to try homeopathy medication for the first time. 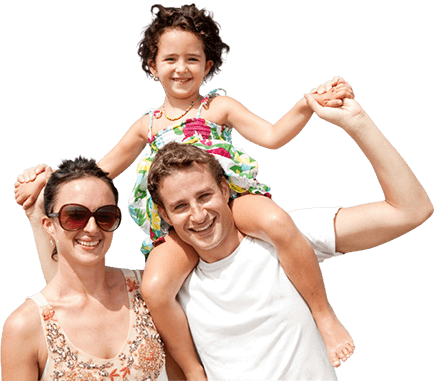 Dr. Aggarwal is amazing. I had severe and unbearable pain in my back, dr Aggarwal gave me medicines saying within 24 hrs my pain will be less by 50 percent, shocking thing was , the pain was less by 75 percent. I question myself past so many years why have I been going to other doctors. Wish I could find dr. Aggarwal before. Thank-you dr for taking care of my back problem for me. 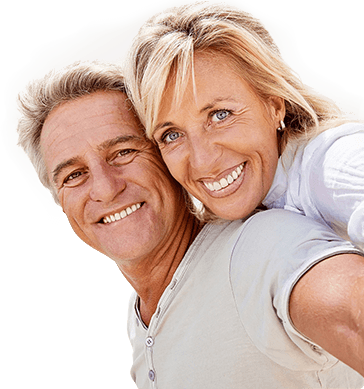 I am 38yr old living in Vancouver Canada.I had migraine, very bad appetite and almost no Energy since 2008 and got all my blood reports done, but nothing came out. My family physician put me on anti depressants and diagnosed Anxiety. By luck I came to see Homeopath Aggarwal and got my Blood Cell Analysis done. After looking at my blood, he made some changes in my diet and recommended some food supplements, within a month my headache was gone, appetite got better and most of all I felt a lot Energetic than before.

I am 11yr old living Surrey, Canada.I had been suffering from intense itching and scaly eruptions since 5 years of age and did try many things but did not get any permanent relief. He checked my blood and gave me Homeopathic pills and made some changes in my diet. Now after three months of treatment my skin is 90% better, itch is gone, my appetite improved and I feel a lot energetic. Thanks to Homeopath Aggarwal. 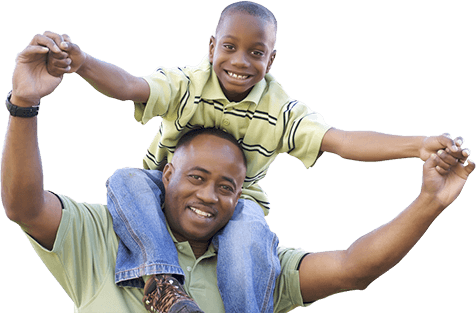 I would highly recommend Dr. Aggarwal to anyone who is struggling from shortness of breadth during this present situation . He listen patiently and try to help you in the best possible way he can. My month long condition was cured in just few doses of his medication. I wouldnt be explaining this otherwise. God bless 👍🏻

I would highly recommend Dr.Anurag, we went to him after looking at the Google reviews for my dad's eczema which went away 100% after 3 consultations only. He is really understanding and listens to all your conditions. Must consult him once.

I was amazed at how much information about my health and wellness that Dr. Aggarwal could tell me from a drop of my blood! He quickly and accurately revealed a lot of issues and went over everything thoroughly with me. Now my husband is asking if I will take him to get his blood analized.

Dr. Aggarwal over exceeded my expectations of my first appointment with him. He is extremely knowledgeable and his work is fascinating! I have been encouraging all my family and friends to make an appointment to go see him. I seriously can’t wait for my next follow up appointment!

I would recommend everyone doing this blood analysis with Dr.Aggarwal. Theres something about seeing on the screen, your own living cells and the physical repercussions of a poor diet or whatever your health issues may be. Your blood holds the realities in evidence of where you stand in your health. After a week of following Dr.Aggarwal’s suggestions, my head is clearer and I’m filled with energy

I am 8 yrs, male boy, living in Vancouver Canada I had been suffering from Chronic Eczema. Anurag Aggarwal checked my blood and gave me Homeopathic pills and made some changes in my diet. Now after four months of treatment my skin is 80% better, my appetite improved and I feel a lot energetic. thanks to himl.

I brought my ten year old son in to see Andy at Aggarwal Health and Wellness Centre yesterday as he has been very unwell of late. It was our first visit and I did not know what to expect. Andy was kind, patient in answering all our questions, and a consummate professional. He analyzed my son’s blood, showing and explaining to us all his findings as he went, and made some practical suggestions regarding diet and supplements to aid some of the issues he found. He then did a full and comprehensive evaluation and health history and set up a treatment plan. I was very impressed with both Andy’s knowledge and manner and how well he communicated. My son felt instantly comfortable with him which is not the norm. I look forward to continuing our visits to Aggarwal Health and Wellness going forward and feel confident that we have found the specialist that is the right fit for us. 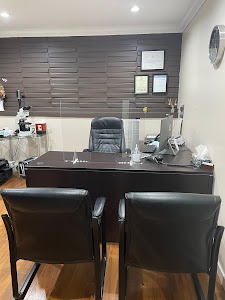 vicky singh
5 out of 5 stars
2 weeks ago
We were referred to Aggarwal health by my sister and we were trying many things before but nothing was working. We felt relief just in 2 weeks after taking the medicine from Dr Aggarwal. My wife is feeling so much better ....i would recommend to everyone looking for natural and permanent treatment.

Jaspreet Kaur
5 out of 5 stars
a week ago
I met Dr. Aggarwal in October to discuss extreme hair fall. After taking the medication Dr. Aggarwal gave me, I saw a significant decrease in hair fall within a month!

MUKHPREET SINGH
5 out of 5 stars
2 weeks ago
I've been seeing Dr. Aggarwal since last 6 weeks. I went to him for my acid refux(acidity). I used to take acid blocking tablets everyday. Within a span of 6 weeks and just 2 visits, I was able to stop taking pills which I was taking since last 5 years. Symptoms reduced by 50%. I plan to visit him again till im totally well. He follows a holistic approach to treat the root cause which is basically the gist of homoeopathy.

Sanchit Mehta
5 out of 5 stars
a month ago
I took my wife here, she was having an issue since one year. I met Mr Anurag, he is such an amazing person, helped us through this tough time. She got cured in just a span of two months. I will highly recommend him to everyone for any medical problems. He is the best in this line.

preeti garg
5 out of 5 stars
a month ago
Dr.Aggarwal is an amazing doctor he has helped solve skin problems for my son. My son had a lot of pain and itching, and the medicine provided helped him significantly as compared to allopathic medicine. The doctor is also very patient and kind. He gives ample time to his patients and hears out all their issues. I think he is a wonderful doctor and if anyone else has any issues you should go see him. Thank you so much doctor.

raja chop
5 out of 5 stars
3 months ago
It has been great since my treatment started here...it helps me cure my allergies and hives the very month I started the treatment here Highly recommend it 👍

R Toor
5 out of 5 stars
5 months ago
Dr. Aggarwal is a great doctor. His medicine works very well and fast. He genuinely listens to your concerns. Went there after my GP could not help because my lab results were fine. Highly recommend trying Aggarwal Health & Wellness centre.

Susheem Pahwa
5 out of 5 stars
7 months ago
The doctor is amazing. Before coming to him I never believed in homeopathy. He is treating my son and in one month I can see visible results, however, still need some more time to be 100% perfect. For me, he gave medication for various issues and I can see improvement within one month. The way he says don't worry my medication will handle this issue...he sounds very confident. He listens to you very patiently, gives you enough time, and not at all in hurry. I wish him continue his good work. Now, I can trust him for any healthcare issue for my whole family. And YES, his medicine is result oriented!!!!
Read All 58 Reviews
Write a review

Call to Book an Appointment